Thanks to the Apeiron Review for publishing my poem “In the Aftermath of Another Fire” in the Summer 2015 issue.

I contributed two poems to the Shared Visions project for the Ars Nova Singers. This collaboration for Colorado-based artists began with seven visual artists who shared their work, followed by nineteen poets who wrote pieces inspired by these works. The next phase will involve three composers choosing a few of these pieces to serve as the basis for new choral music to be performed by the Ars Nova Singers in April 2016.

It was an honor to be accepted as a member of the Juried Advanced Poetry Workshop for the 10th Annual Lighthouse Lit Fest in Denver from June 8-12, 2015, and to study with such a wonderful group of talented writers from all over the nation and beyond. This week-long workshop was led by one of our greatest contemporary American poets, Major Jackson, who challenged us and brought out our best. 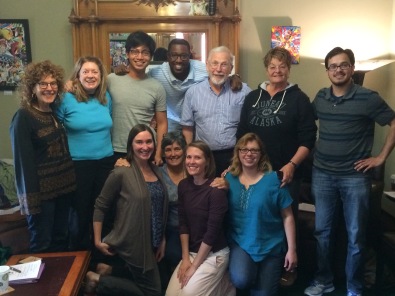